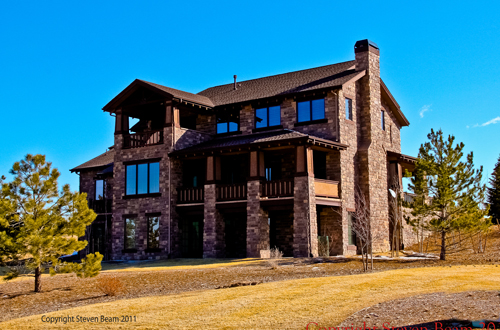 Luxury Homes in The Timbers

This report shows you what has sold and closed in The Timbers over the past 4 years. Only closed sales over $750,000.

Last week at the end of February one of my buyers offered on and reached an agreement for a $1.225 million listing over in Pradera. So yes I believe the luxury home market in Parker is slowly coming to life after a lag in 2009.

After writing an article detailing home sale trends over the past 4 years in Stonegate, and Pradera Golf Club other Parker, Colorado communities, I decided to produce the same stats for The Timbers.

Here is a recent article about The Timbers.

Since the end of 2009 there is a new demand for high-end luxury homes all around the Denver Metro. Douglas County and The Timbers have also seen a slight rebound and more activity in the luxury home market. We are not back to the levels we were experiencing in 2007 & 2008 but the year end stats for 2010 was only 7 home sales short of our high in 2007.

Lenders are calling me all the time to make sure I understand that money is now available for high-end luxury home buyers where it was unavailable just 18 to 24 months ago.

Here are the numbers for Home Sales in The Timbers that have a sold closing price ABOVE $750,000 since 2007.

Total Sales by Year: (2007 was a great year for The Timbers luxury home sales.)

Average Total Days on Market: (Less time on the market for 2010 may reflect less inventory and lower prices.)

Average NET Sold Price: (There were some really big sales in 2009. Some approaching $2 million.)

Remember I am only showing stats from homes that sold and closed at or above the $750,000 price point in The Timbers.

Total Volume of NET Sales By Year in The Timbers:

Average NET $ or Price per sqft Sold: (This is the sqft on the main level and upper level. It does not include the basement.)

Stonegate Neighborhood home sales for the past 4 years.