For those that do not know The Timbers is a full custom home neighborhood located about 8 minutes south of Mainstreet in Parker, Colorado. It is one of the most highly desireable neighborhoods in Douglas County, Colorado. It offers homeowners large treed lots of at least a half acre, rolling hills and long range mountain views from many of the home lots. It really is like living in the mountains but you are just a few minutes from the heart of downtown Parker, Colorado.

I’ve been posting the numbers for years. If you have questions or comments please call me at 303-941-4663. Steven Beam, Parker, CO Realtor. If you would like a tour of homes in The Timbers I can also make that happen for you.

Yes there are new dirt start lots available in The TImbers and more coming online. There are also several brand new spec homes available that builders have ready to go now and some will be ready in early 2016. Call me for info 303-941-4663

Yes I can help you locate a builders to help you build a brand new home if that is something you  would like to do. 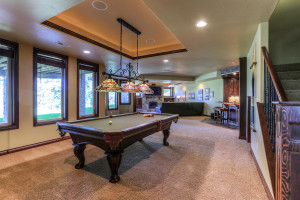 Finished basement in The Timbers

There were fewer homes sold this year (37 this year versus 52 last year) but I think a lot of that was because some sellers in The Timbers were trying to ask too much money for their homes initially. I did notice a lot of price reductions in The Timbers this year but I think that is totally fine. In a crazy market with low inventory every seller should shoot for the stars initially. Well, unless you need to move quickly.

Here are the numbers for 2015 and I’ll post the 2014 numbers below. I will also post a full spreadsheet below with every home that sold so you can compare your property to the ones that sold near you.

Find out what you home is worth right here.

Here are the home sales numbers for The Timbers in 2015. 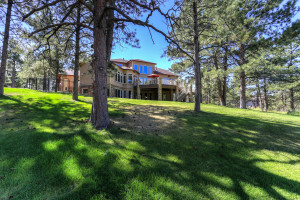 Backyard of a Timbers Neighborhood home.

Here are the home sales numbers for The Timbers in 2014.

More articles about The Timbers:

2015 Home Sales Spreadsheet for The Timbers.

Link to the spreadsheet.

Every home for sale in The Timbers.