What is the top real estate question being asked right now in Douglas County Colorado? Home buyers and sellers are asking the same questions. Everyone wants to know if they can still sell their home for record breaking prices and why did the market slow down so fast. There are several factors to the real estate market cool down but first I will answer a few of the top questions below.

“Home buyers now have more negotiating power than they did just 2 months ago. Price reductions are common place and sellers are much more willing to make a deal now than they were in May and June. Time to jump into the market.”

Quick facts for the Castle Rock Colorado real estate market so you can see what I’m talking about. These stats are for single family homes that sold in Castle Rock CO in all price ranges. It’s the little things in the market that tell you a lot about what is going on and what is probably around the corner and numbers don’t lie.

“There are several reasons the market slowed down and homes are not selling as fast.”

This is fantastic NEWS for home buyers that thought they missed out. Prices should stabilize and allow late buyers a great opportunity to get a home now that is priced well below what it would have sold for in the Spring.

Question: Has the real estate market slowed down?

The answer is yes. After a frantic spring and summer selling season the stats show me that the Douglas County Colorado real estate market might be in the cool down phase. Showings are down, and the average price per square foot for sold and closed properties is down when comparing June 2013 to August 2013. I’ll give the stats below.

Question: Did I miss the best time to sell my home in the hot market of 2013. 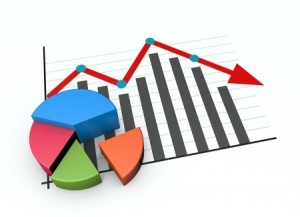 Which way is the market going?

The answer is yes. If you didn’t sell your home in the spring or early summer of 2013 you missed the top of the market at least for now.

Question: What caused the market to slow down so quickly?

Steven Beam is a Realtor in Douglas County Colorado and knows the real estate market inside and out.