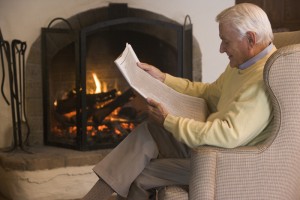 Forbes Ranked Colorado Fourth Best State for Business: Forbes.com’s latest ranking of the best states for business ranks Colorado at No. 4, up from No. 6 last year. The ranking measures six categories for businesses: costs, labor supply, regulatory environment, current economic climate, growth prospects and quality of life. Colorado finished in the top 15 in four of the six main categories, including quality of its workforce (1st), prospects for growth (2nd), and economic climate. read more here

Denver Home Prices Rise Again, Getting Closer to 2008 Levels: Home prices in the Denver area rose in July for the fifth straight month, and prices are creeping closer to where they were a year ago, according to Standard & Poor’s closely watched S&P/Case-Shiller Home Prices Index. read more here

Vestas Hiring Workers for Brighton Plant, Plans Job Fair: Vestas Nacelles America Inc. is recruiting workers for its planned Brighton wind-power factory and will hold a career fair Thursday. Vestas announced last year it will build a $290 million plant in Brighton for assembling wind-turbine nacelles and making blades. The facility is expected to be in operation by next year. The blade factory will employ about 650 people and the nacelle plant will have about 700 employees, Vestas has said. read more here

Record Streak Continues for Pending Home Sales: Pending home sales have increased for seven straight months, the longest in the series of the index which began in 2001, according to the National Association of Realtors®.Lawrence Yun, NAR chief economist, said the housing market momentum has clearly turned for the better. “The recovery is broad-based across many parts of the country. Housing affordability has been at record highs this year with the added stimulus of a first-time buyer tax credit,” he said. read more here

Denver No. 7 as Youth Magnet: The Wall Street Journal enlisted the help of six experts to determine the 10 most attractive cities that for attracting young professionals, and profiled the top 5. Denver ranked No. 7. read more here