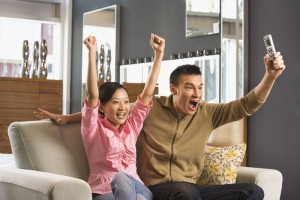 Denver Scores Best Month of 2009 for Home Resales: July home resales in metro Denver were the best of any month yet in 2009, but still down from the same month of 2008, according to Metrolist Inc. data released Friday by member brokers. read more here

Pending Home Sales Up for 5th Straight Month: WASHINGTON (Reuters) — Pending sales of previously owned homes rose at a faster-than-expected pace in June, a real estate trade group said August 4, more evidence the housing market was starting to claw out of a three-year slump. The National Association of Realtors said its Pending Home Sales Index, based on contracts signed in June, rose 3.6% to 94.6. It was the fifth straight month of advance and the first such streak in six years, the industry group said. read more here

Louisville, Colorado Named “Best Place to Live”: LOUISVILLE, Colo. – A big honor for one of metro Denver’s smaller suburbs. CNNMoney.com has named Louisville the #1 “Best Place to Live” in America. Just a few miles east of the Rockies, CNNMoney says Louisville has the perfect location, charm and energy, and is “weathering the economic downturn well.” It cited the city’s high-tech, energy and health care industries which make Boulder County’s unemployment rate among the lowest in the state.  read more here

Grand Junction Home Prices, Sales on the Rise: The real estate roller coaster is beginning to chug uphill again after months of free falling. The median price of Grand Junction-area single-family homes that sold in the second quarter this year increased to $212,019 from $206,667 in the first quarter. The number of homes sold also increased from one quarter to the other, going from 306 to 504. read more here

Greeley Recommended for Retirement Move: HOUSTON – Greeley is among eight affordable cities for relocating retirees profiled in the September/October 2009 issue of Where to Retire magazine.
read more here