Parker, Colorado is Home to the Top Youth Wrestling Program

Parker, Colorado is Home to the Top Youth Wrestling Program 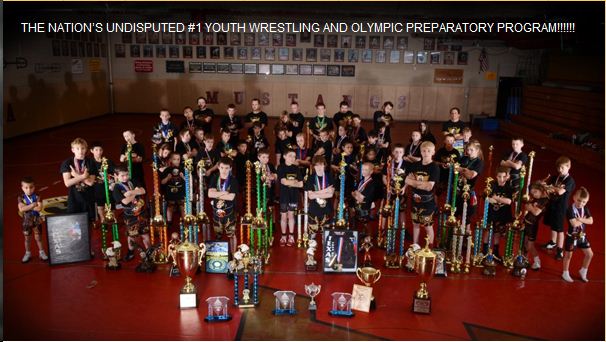 Do you live among Champions? If you live in Parker, Colorado there is a good chance that you do. We have some amazing kids in our community that have the dedication and commitment needed to become Champions in the sport of Youth Wrestling. I’m not going to name names since we are talking about kids here but I will say that there are kids among us who are Nationally Ranked Wrestlers and some of the best in the country at what they do.

Parker Sons of Thunder just named Youth Team of the Year for Youthees.

If you see a kid with PSOT or Parker Sons of Thunder on their shirt or shorts, acknowledge them and say hello. Chances are you are talking to a Champion in the sport of youth wrestling.

How old are they? Some of them are as young as 3 and as old as 14. Many start around 3 or 4 years old – boys and girls. There are kids in the beginner program that are 4 years old and love every minute of practice. I’ve seen kids cry when practice is over because they want to stay longer. No joke…parents are having to drag kids out of practice.

Do girls wrestle? You better believe it. PSOT has nationally ranked girls on their team. Girls are excellent wrestlers and PSOT knows how to develop them into winners.

BTW..this is a great indoor winter activity. It burns calories and allows kids to be very active. Bedtime is a cakewalk since the kids are tired from all the activity.

In Parker we are very lucky to have a top ranked Youth Wrestling Program like the Parker Sons of  Thunder. I’m not about to sit here and list all the many accomplishments of this amazing wrestling team (you can visit their web site here to read all about them) but I will tell you that Head Coach Jeff Estrada and his crew of assistants are top notch and have a proven record of success to back up what I say here.

These coaches have an amazing ability to teach kids very technical moves and hold their attention. I’ve personally seen them take kids with zero experience and within four months, those kids have placed and even won State and National Tournaments. It’s real and it happens all the time with this program. Obviously it will depend on the individual kid’s drive to succeed.  I also believe it’s the huge trophies they win. My son will walk across hot coals for two days and make his sister’s bed for a week for a huge trophy.

Many of us have heard about how powerful and dominating the Ponderosa Wrestling Team has been over the past 10 years but where do all those great wrestlers come from?

Most kids don’t enter high school as a beginner wrestler and become good. They have been developed over years. Years of hard work and sacrifice. Years of night practices and weekends spent traveling to tournaments around the state and country. Sacrifice to many in a sports context means blood, sweat and tears and in this case, it literally means just that. To advance to an Elite level in anything takes commitment and dedication.

The PSOT program right now is broken down into three levels.

The Cardinal Program is for beginners. I’ve seen kids in the Cardinal program as young as 3 years old having a blast.

The Gold Program is a little more advanced than the Cardinal Program.

The Elite Team is the highly skilled National Team that has accomplished a very high level of skill and determination in wrestling. These are Super Stars in my book and I’ve seen these kids learn concepts and strategic moves that would be difficult for many adults to conceptualize. This is Elite wrestling taught by the best coaches who know how to teach at the highest level of competition. The Elite National Team is an invitation only program. Coach Jeff decides who and when a wrestler will participate on this team.

Wrestling in general teaches kids something that no parent or class room will ever teach: self-reliance, sportsmanship, independence, confidence and learning that once you walk onto the mat, winning is solely up to you. This is a great lesson to learn early in life. Kids are making decisions on their own to control the outcome of the match.

So, if you are looking for Champions you should look no further than right in your own community. Parker, Colorado is a community full of young Champions and kids trying to become Champions.

Please visit the PSOT website for more information or call Coach Jeff to pick his brain about the program. I think your kid might surprise you.