Who controls appreciation in your neighborhood?

Who controls appreciation in your neighborhood? 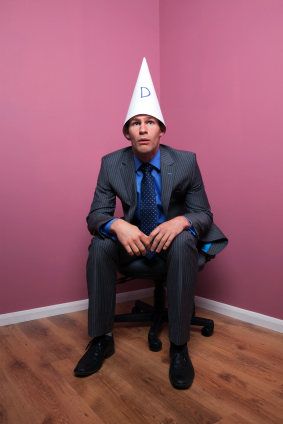 The wonderful new system that our government has forced upon us is the HVCC. Home Valuation Code of Conduct. When you combine this with appraisers that are incapable and or incompetent then boy do you end up with a cluster… I’m not going to go into the full details of the HVCC but I did add a link above that you can go read and learn.

Here’s my story I wanted to share about my experience and how I believe the current new system is setup to:

I have a seller that purchased a home next door to his mother. He bought the home years ago at a very low price and totally gutted the property. He took it down to the studs and replaced everything from the electrical system to the roof to the floors, kitchen and I mean everything.  It was basically a NEW house. There is not an old surface in the house. He did the same on the exterior. It was a CLASSIC over improved property for this neighborhood. He knew this and was reasonable in his understanding that he was not going to get all of his money back out of this property. Not even close. He was probably going to be forfeiting $50,000 or more from what he had in the property but it was all fine. He used and enjoyed the house for several years while living next door to his mother when he was in town. He has several other homes in other states and travels almost constantly. Got the picture?

So we listed the house $60,000 under what he had in the house. When we originally talked about listing the house last year there were several arms length closings and a few foreclosures and of course the short sales closings. We had comps that were going to be about $25,000 less than what we were going to list for. I seriously didn’t think it would be an issue once the appraiser and bank saw the comps and the upgrades in this home. I figured we could garner at least $25,000 for the more than $100,000 he had put into it.

Once we listed the house with it’s upgrades and ideal location it was an immediate showing success. We secured an offer within about 2 weeks and agreed on a contract price which was about $5,000 under asking. All was good and we were trucking to closing.

Weeks later I met the appraiser at the property and handed him some comps and the full list of everything that was done on the house. Showing the over $100,000 in repairs and upgrades that he could easily see and touch.

Then the bottom fell out.

Even though I had a comp (that he used) that sold for $20,000 more than this house he said our house was only worth EXACTLY what the last foreclosure in the neighborhood was worth.

How is this possible?

How can a remodeled home be EXACTLY worth a trashed out foreclosure DUMP?

I called the bank the other broker and the lender. They all agreed that their must be a major issue. We were over 20% off the contract price. This has never happend before to me, the buyer’s agent or the lender. What was going on? Lots of questions to be answered. How could a comp that sold for $20,000 over this one not matter?

The buyer really wanted this house and was still willing to proceed so we waited several days for an appraisal review. At this point the seller and the buyer agreed that as long as they got it close we would all do whatever we could to make it happen.

Oh yes it came back the same. No change at all. Didn’t even add one cent to the appraised price. Basically a dead deal at this point…No hope.

The underwriter, lender , buyer, seller and both brokers all agreed that the appraisal was wrong but the controlling forces wouldn’t change the price.

Obviously I believe the appraiser was so inept and a major idiot probably with an axe to grind so he took it out on this seller and buyer. Maybe he was so freaking stupid and scared to lose his license he wouldn’t step out on a limb and give the property a true value. I think a lot of it has to do with stupidity and laziness in the industry. He knew he was getting his check from the bank so what the heck. Why should he do any extra work and try to determine the real value of the house with it’s upgrades. WTF? Lazy, lazy, lazy.

Market Value = What we the appraisers fell like valuing your house for on a particular day if we feel like working that day.

This just lets us know that if the appraiser and bank don’t want your neighborhood to appreciate it ain’t going to happen.

So maybe all the people fixing up their homes right now should NOT do it? Are home remodels a total waste of time and money?

Over $300,000 in the house for the initial purchase and remodel. Top of the line beautiful remodel. Move the house across the reservoir into Greenwood Village and it would have sold for $400,000 +.

I feel better now at least I got this off my chest.